I make no secret of being a carnivore. 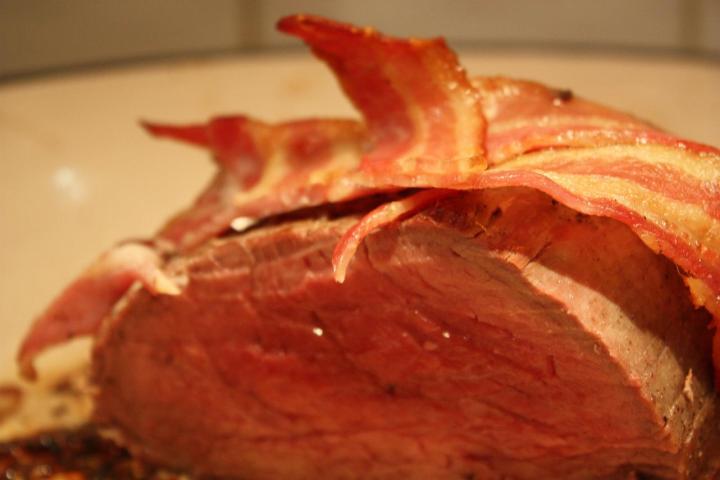 I am, and have been for as long as I can recall, carnivorous – happily, and without qualms or ethical dilemmas.  I believe that humans are omnivores who are meant to have a good amount of meat in their diet.  If pressed about it, I’d rather give up chocolate than meat.  I also know that at least for my own self with my low blood pressure, tendency towards iron deficiency, and sugar sensitivity, meat is one of the optimal things to eat (alongside a large pile of good greens and vegetables of course).  Meat has iron, it has good quality protein, and it is satiating and above all, to me – meat is absolutely and undeniably wonderful to eat.

Some people have taken upon themselves to explain to me at some length that meat is parts of dead animals, and as such a horrible thing.  I disagree.  Animals eat other animals.  I am an animal.  I have the right to eat animals, so long as I do so with a reasonably good approach in terms of farming and environment (I do prefer ekologisk/free range meat and the like and buy it when possible).  I give respect to the farmers, and more importantly, to the animals that die so that I may eat them and feel healthy and well.

I eat meat a couple of times a week.  Note, that does not mean I eat meat as such daily, several times a day.  No, my love of meat is such that I prefer to buy a really good piece of meat every other day and enjoy it, rather than compromise quality for the (rather questionable, in case of food, as it is in case of many other things) sake of quantity.  (Besides, there have got to be days to eat things that swim in the sea, or birds too!)  In case of meat (and seafood and birds, actually), quantity over quality also means compromising on how well raised and treated the animals were, so there’s a double bonus.

I love meat in all of its culinary permutations, with the possible exception of boiled-till-it’s-overcooked one, which I reject as a culinary approach, and recognize only as a way to ruin perfectly good meat.   Which, incidentally, brings me to the medium-rare slab of cow pictured above.  The picture was taken after more than two-thirds of said tenderloin joint were already consumed, as my guests and I were too busy masticating the food to photograph it before that, but should you wish to replicate it for your own munching pleasure, here’s the (very simple!) recipe.

You can also remove the meat from pan and tent it on a board, while deglazing the pan with some red wine, or go further and cook some chopped garlic, thyme and/or shallots in the pan juices and then deglaze with the wine to make sauce. To be honest, we were too intent on the bloody piece of meat on our stovetop that we hadn’t bothered with sauce, and just ate it with butter and lemon wedges.

3 thoughts on “Mmmm!Eat! (Confessions of a happy carnivore.)”