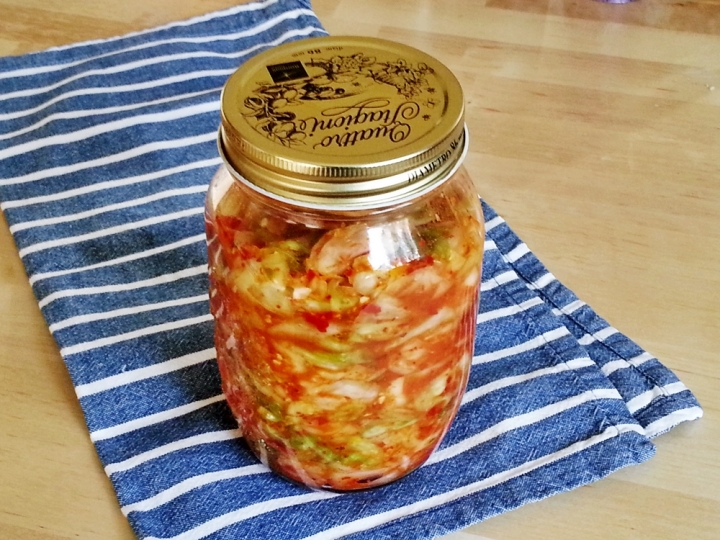 Lately I’ve been on what T has elegantly termed “one of your detours into regional cuisines” – more specifically, I’ve been trying to learn some about Korean food.  It all started with a desire for bibimbap (link to the promised recipe!) – a dish I’d only ever eaten in restaurants, and guess what?  Jyväskylä doesn’t have a Korean restaurant that I know of.  There are, after all, some drawbacks to living on the edge of the Outer Dark in the middle of the forests of Middle Earth.  The upsides are glorious auroras, amazing forests and lakes, and the downsides are – this isn’t really a city.  It’s a large university town, and for its size and location, it is very cosmopolitan – which means that one can get some of the more exotic food ingredients here, with effort, but there isn’t a restaurant for every major world cuisine.

So, no Korean food to be had for dining out.  Obviously I had to make some, and after a first so-so try, I did succeed at recreating the awesome bibimbap that I had photographed, but today’s post isn’t about that – or, specificlaly, it’s about one of the ingredients I used in it, which is probably the best-known Korean food item outside of Korea:  kimchi.

In case you are unfamiliar with it, at its most basic, typical kimchi is a lacto-fermented cabbage (or one of a number of other vegetables) with generous amounts of chili, a bit of garlic and ginger and some umami flavor derived from seafood (dried shrimp, fish sauce, etc.) added in.  The dish has a long and distinguished history in Korea, and I by no means make claims as to authenticity of my recipe, nor attempt to do it justice as the locals may be able to.  However, as a non-Korean, I can still enjoy the flavor, and want to have some on hand, since I like pickles and I like chili, and I love the combination.

What I, and many other non-Korean people I’ve spoken to (I don’t actually personally know any Koreans, or I’d have asked their views as well!), don’t love is the frequently overly pungent scent that lacto-fermentation gives to the dish.  It may be argued that it is an integral part of what makes it kimchi and I am a heathen for even suggesting that it isn’t divine, but there it is – I don’t like the stink of rotten cabbage.  Interestingly, I do enjoy sauerkraut, which is also lacto-fermented, but there is something about fermented kimchi that turns me off.  It is possible that I’d had non-ideally prepared kimchi, but there it is.

Thankfully, there is a solution – one that isn’t mine, but collected over a variety of sources including friends who can cook (thanks, Berin!), and blogs by actual Koreans, or which refer to actual Korean people’s recommendations for making what they call in English ‘quick kimchi’.  The quick part is awesome for two reasons here – one, you can have kimchi overnight, and two – it has all the flavor and heat and umami of kimchi, but without the special smell!  Simply put, it’s salted and seasoned cabbage which doesn’t get fermented – and trust me, after consuming the entire first batch within about two weeks of making it, and promptly making a second batch, it turns out amazing, if I do say so myself (friends who tried it agreed, so there’s that)!

Kimchi will develop a fuller flavor after a few days in the refrigerator, even if you forego the room-temperature fermentation.  I think I liked it best after about a week, but it was delicious right away (the next evening).

So, how do you make it?  It’s actually really simple.

What you are going to need:

What you do with it all:

That’s it.  Enjoy your kimchi in whichever way you like – as a side to Asian food, in fried rice, in bibimbap, in kimchi pancakes or stew.  Just a warning – this is easy, this is cheap and it’s addictive.  You may be picking up another cabbage at the store in no time at all!

The non-fermented kimchi will keep in the refrigerator for at least two weeks without any deterioration while being used.  Use a clean fork to get as much as you like at a time out of the jar.

4 thoughts on “Quick and Easy Kimchi, Fermentation (and stink) Optional”